A native of Kingsport, TN, he is the son of the late Thomas H. North, Sr. and the late Ann Francis North. He is a 1973 graduate of Daniel Boone High School and went on to earn a Bachelor of Business Administration degree from Middle Tennessee State University. In 1994 he completed an Associate of Arts degree in Mortuary Science at John A. Gupton College in Nashville, TN. Mr. North is a licensed funeral director and embalmer, Notary Public and a licensed insurance agent..

Following a twenty year banking career, seven years of which were spent in Anchorage, Alaska, he answered his call to ministry through funeral service. He was employed by Harpeth Family Funeral Services in the Nashville community for more than ten years prior to purchasing Watson-Gamble Funeral Home in 2004.

Tommy is married to Doris Colvin-North and they reside in Estill Springs with their 4 furbabies. 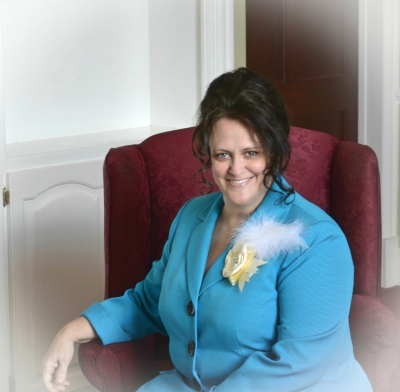 Doris Colvin-North has been a resident of Estill Springs since 1974. She is the daughter of the late Reverend Earnest and Beulah Colvin. For many years, she traveled and sang Southern Gospel music and had the honor of recording several times. Doris spent many years working in doctor's offices and hospitals in healthcare management as well as an M.A. She joined Watson-North Funeral Home in 2013. She is currently working on her Bachelor's Degree in Business Administrations, and her licenses to assist families in pre-planning. She has completed her apprentice for funeral directing and embalming and is also a Notary Public. She has completed her State Exams, and hold a license as a Pre-Need Agent. She is the wife of Tommy North and the proud mother of Josiah (Rebekah)  and Joshua (Heather) Jackson and Mimi to 1 granddaughter, McKenzy. She enjoys singing, reading her Bible, loving people and going to church. When you talk to Doris, you won't talk long until she will be bragging on her boys, family and Jesus. She counts it an honor to serve the families of this community. We are honored to have Doris as part of our Watson-North family. 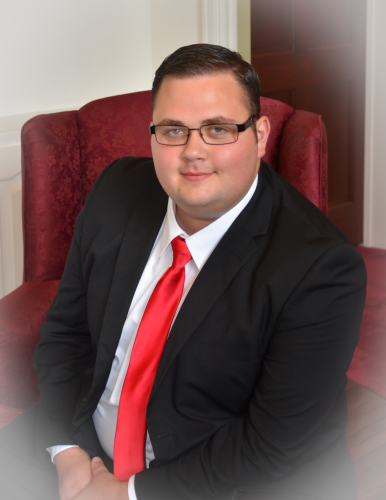 Joshua "Josh" Jackson is a native of Franklin County, TN, he is the son of Doris North and Steve Jackson. He attended Rock Creek, North Middle and Franklin County High School where he graduated in 2015. He played in the band for 7 years and enjoyed the Rebel Pride concert, pep and marching band.

Josh accepted the call of God on his life at the age of 16. It was around this time that he also started following in the footsteps of Tommy North working at Custom Designs Florist and Gifts as well as Watson-North Funeral Home and Watson-North Memorial Park. If you ask Josh about his early days at Watson-North Funeral Home, he will be quick to share the details of his many hours he put in as the “Chief Weed Eater” aka “the Head Weed Eater”. He will gladly share the numerous stories of how many white fence post he groomed, as well as, all the Bumble Bee and Wasp stories. It won’t take long after meeting Josh that you will feel as if you are with a dear friend.

He now plays 9 musical instruments, plays the keyboard and is the Youth Pastor at the United Pentecostal Church in Winchester. He is married to Heather Williams Jackson who also works beside him at their local church. Heather is the Director of “Hands of Praise” which is a sign language team and she sings with the ensemble.

Josh is the proud expectant father of twins.

Watson-North Funeral Home and Custom Design Florist and Gifts are honored and proud to have Josh as part of their family. 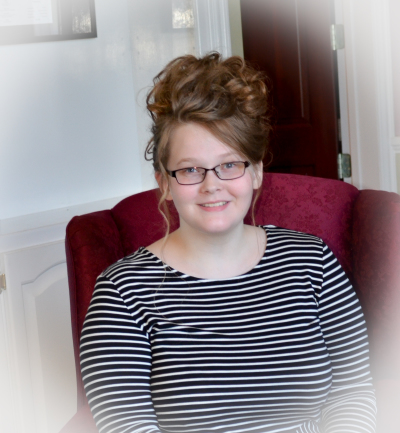 Heather is a 2016 graduate of William's Christian Academy, in Crossville, TN. She is the daughter of Misty and James Williams. Heather is the wife of Joshua Jackson and together they are the youth pastors at The Winchester United Pentecostal Church. She is a member of the praise and worship team as well as a member to the choir. Heather is the Director of “Hands of Praise” which is a sign language team and she sings with the ensemble. She is also the proud expectant mother of twins. Heather has a true calling in serving others. She is kind, compassionate and caring. You will find her friendly voice and beautiful smile to be comforting in your time of need. We are honored to have Heather as part of our Watson-North family. 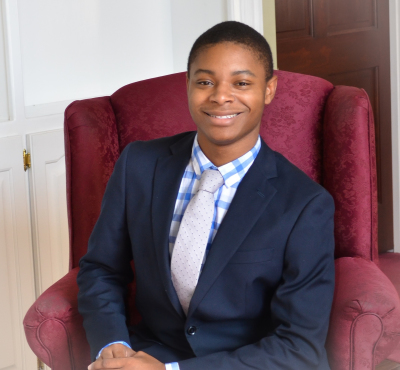 Kaleb graduated in 2017, with honors from Tullahoma High School. He is the son of Merideth Hickerson and grandson of the late William and Mary Hickerson.  Kaleb joined Watson-North Funeral Home in 2016. He is a member of Shorter Chapel AME where he serves in the Young People Department. He is currently enrolled in Gupton Mortuary and is working toward his funeral director certificate. He loves to travel, meet new people and go to church. Once you meet Kaleb, you will find him as a outstanding young man with compassion, kindness and a true calling to serve others in their time of need. Watson-North Funeral Home is honored to have Kaleb as part of their family.

Michael Ray Hill joined Watson-North Funeral Home in April of 2015 as a Pre-arrangement and insurance specialist. A native of Winchester and a 1977 graduate of Franklin County High School, Michael is the son of Edwin Ray Hill and the late Ida Burks Hill. Michael brings more than 32 years of experience in the insurance industry, 25 of which were spent with Liberty National Life and 7 years as an independent agent. Michael and his wife Ginger Steele Hill have one son, Justin Michael Hill (Laura Lavender) and 2 grandchildren, Makenzie and Austin. Michael and his wife attend the Decherd Nazarene Church where he teaches the Merry Hearts Senior Sunday School Class and serves as an usher. We are honored to have Michael as part of our Watson-North Family. 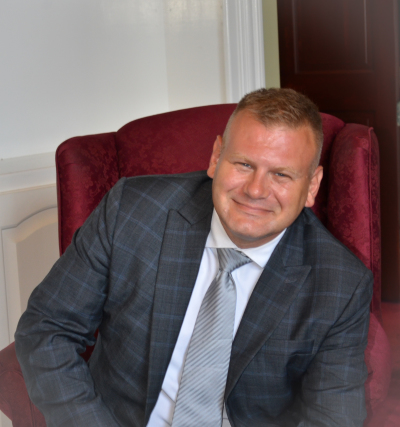 Nick is a 2011 graduate of John A. Gupton Mortuary School in Nashville, TN. He is a United States Army Veteran and spent 9 years serving our country. Once you meet Nick, you will soon find out that he loves God, family, country and coffee. (lots of it) We often tell Nick that he bleeds red, white and blue and coffee.  He also has a passion for helping others and it reflects in his calling. He enjoys being with his family on camping trips and serving others. He is so proud of his son, Weston, who is following in his dad's footsteps. Not only is Weston serving our great country but he is a student at John A. Gupton.  You can't be around Nick long before you will be smiling. We are honored to have him as a part of the Watson-North Family. Nick and his beautiful wife Tina have 5 children. 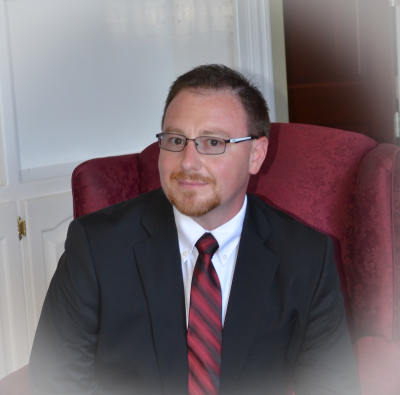 Josh  is a resident of Belvidere and a 2001 Graduate of Huntland High School. He is the son of Kay Stills and Jacky Stills of Winchester. For many years, Doc served as a Volunteer Firefighter and worked in the Reserve Department with the Franklin County Sheriff's Department. In his spare time, he enjoys hunting, Jeep riding and being outdoors. He and his wife Kandi have 2 beautiful children. Doc counts it an honor to serve families in their time of need. We are proud to have Doc as part of our Watson-North family. 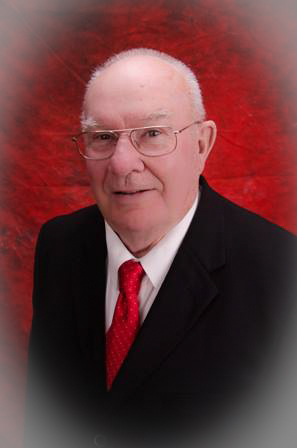 Charlie joined Watson-North Funeral Home within a few months of Tommy North purchasing the funeral home. He has served in many capacities and enjoys serving others. He is a  long time resident of Franklin County and worked for many years until his retirement for the Franklin County Sheriff's Department. He and his beautiful wife, Reba are active members of Decherd First Baptist Church. Charlie and Reba both have a servants heart and love helping others. Until her health prohibited, Reba worked along side of Charlie for Watson-North Funeral Home. Together, the 2 of them have many miles in serving others for the funeral home. Reba has earned the nickname, "momma" around the funeral home, especially to Tommy North. We are honored to have Reba and Charlie as part of our Watson-North family. 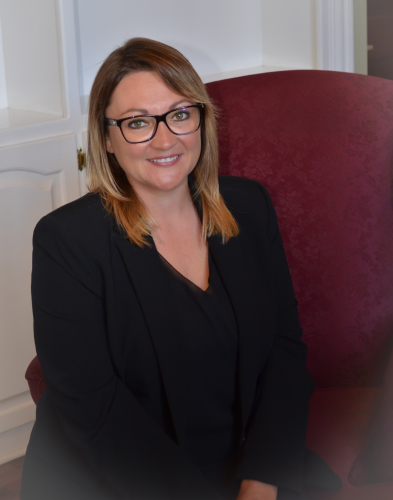 Lenzi is a native of Winchester and the daughter of Larry Limbaugh and Patty Dodson. Lenzi is a 2001 graduate of Franklin County High School. She enjoys gardening, riding motorcycles, family, friends and going to church. When she isn't in her suit at the funeral home, you may find her in the fields, meeting with farmers as their crop consultant. She is a member of The Journey Church in Winchester. She serves in multiple ministries at the church including 30 Below a Warm Place to Go. During the cold winter months you will find her welcoming guest into the shelter where she volunteers. Lenzi has a servants heart and that reflects in her ministry.  She is the proud mother of 2 beautiful young ladies. We look forward to Lenzi becoming a funeral director and a pre-need agent in the very near future. Watson-North Funeral Home is honored to have Lenzi as part of our Watson-North Family. 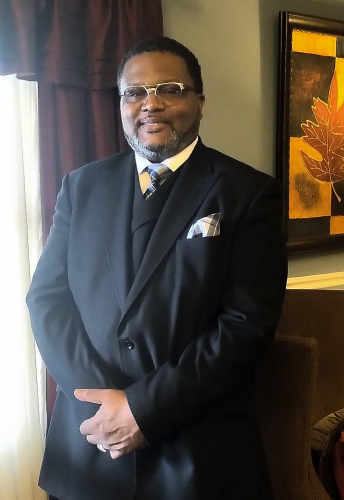 Robert was born and raised in Nashville, TN. He is a 1994 graduate of Whites Creek High School. Robert and his family worship at New Metropolitan Christian Missionary Baptist Church in Nashville, TN. He and his wife serve in many areas of the church where they are very active. Robert obtained his professional education from John A. Gupton Mortuary College in Nashville and earned his degrees in 2013. When Robert is asked why he chose the funeral service ministry, he relies by saying, "Funeral Service chose me". Robert is also a licensed insurance producer offering life and health products. He enjoys cooking, working in his yard and spending time with his beautiful wife, Keandra and their son, Robert Jr. We are honored to have Robert as part of our Watson-North family.

A year of daily grief support

Our support in your time of need does not end after the funeral services.  Enter your email below to receive a grief support message from us each day for a year.  You can unsubscribe at any time.