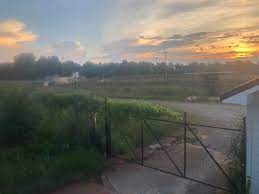 Jack Ross, age 73 of Estill springs, passed away April 5, 2021 following an extended illness. An Associate Vice President at Middle Tennessee State University, he faithfully served his alma mater for more than 40 years in a variety of professional roles.  He is survived by his wife and high school sweetheart,  Pauline Sells Chadwick Ross of Estill Springs; daughter, Jennifer Ross Craze and her mother Deborah Hollan, granddaughter, Stella Craze, all of Murfreesboro; brother-in-law, John Segallos; niece, Rebecca Segallos and nephew, David Segallos all of St Louis; step-sons, Richie (Cara) Chadwick, of Tullahoma, Jamie Chadwick of Winchester; step-daughter, Kellye (Ryan) Chadwick Riddle of Winchester. Step-grandsons, Jalen Chadwick of Murfreesboro, Justus and Grant Chadwick of Tullahoma, Keiryan Riddle of Winchester; step granddaughter, Nova Chadwick of Winchester. He also leaves behind his sister-in-law, Linda (Kenny) Green, of Cowan; aunt, Dessie (Ed) Mahoney of Florida; and step-nieces, Kim (Ron) Hasty of Tullahoma, Kristie (Johnny) Hand of Cowan, and their daughters, Sydney Hasty of Tullahoma, Jada and Jena Hand of Cowan; several close friends and colleagues. Jack is preceded in death by his mother, Frances Quarles Ross, and father, Clarence Eugene Ross; sister, Jeanna Ross Segallos of St Louis. Jack was born on March 14, 1948 in Sewanee, TN and grew up in Cowan.  A United States Air Force veteran, Ross served his country from 1967 to 1974 as an electronic countermeasures technician after which he was honorably discharged.  Ross earned his Bachelor of Science in Mass Communication/Media Studies with minors in Photography and Business from MTSU in 1977 and his Associate Degree in Communication and Media Studies from Polk State College in Winterhaven, Florida, in 1975. Always passionate about the Blue Raider community, Ross and his young family lived in MTSU married student housing from 1975-1980 and then relocated to Sims Hall where Ross served as Dorm Director. During those years, Ross developed his love of photography as an intern at WTVF-TV NewsChannel 5 in Nashville, Tennessee, where he shot video and used 16mm cameras. Back on campus, Ross worked part-time as a University photographer for the Public Relations Department and served as Photo Editor for the university newspaper, Sidelines. After working briefly as a visual communication specialist for The Merrick Corp. in Nashville, Tennessee, Ross joined MTSU professionally as a photographer in 1979. He then served as Director of Photographic Services for almost three decades (1982 to 2010), visually capturing thousands of the university's milestones, signature events and noteworthy achievements of students, faculty, staff and alumni.  In Honor of Jack, MTSU will lower the University flag to half-staff.  His daughter, Jennifer, whose early years were shaped by her time on the Blue Raider campus, would follow in her father's footsteps to earn her degree at MTSU and currently serves as a lecturer in the Department of Health and Human Performance. Jack enjoyed the outdoors and was constantly involved in working on a project around his house. When not on duty at MTSU or engaged in some kind of project at home, he and Pauline enjoyed traveling and discovering new adventures. One of their favorite local places to visit was the Cross in Sewanee, where they spent a lot of time during their high school years, and eventually shared their wedding vowels together there. Ross served his community through public service as a member of the Murfreesboro City Council from 1992-2000. In 2011, Ross began his role as Senior Director for Resource and Operations Management in the Division of Marketing and Communications where he oversaw business operations for the university’s strategic messaging efforts and was in many ways the Swiss army knife on a young institutional division — one could even say a “Jack of all trades”. Whenever a professional challenge arose, Ross would famously flash that wry smile and say, "Oh well, looks like we have another opportunity."  In 2019, Ross was promoted into his current role as Assistant Vice President in the Division of Marketing and Communications and was one of the university's most senior executives. The family will receive friends on Sunday April 11, 2021 from 12 noon until 4 p.m. The funeral service will follow at 4:00, Johnny Hand will be officiating. Interment will follow in Cowan Montgomery Cemetery with Military Honors. Serving as pallbearers will be Richie Chadwick, Jamie Chadwick, Ryan Riddle, Jalen Chadwick, Justus Chadwick and Grant Chadwick. Honorary pallbearers will be Dr. Sidney McPhee, President Middle Tennessee State University and Andrew Oppmann, Vice President and Spokesman Marketing and Communications Middle Tennessee State University. In lieu of flowers, please make memorial contributions in honor of Jack to St. Jude’s Children’s Hospital at https://www.stjude.org/donate/donate-to-st-jude.html