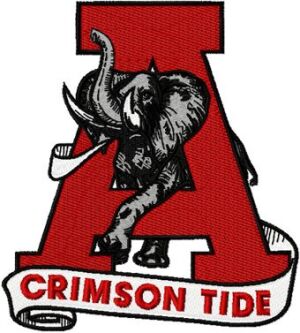 Watson-North Funeral Home is honored to be of service and ministry to the family of Ken “Buck” Tucker, age 83 of Winchester.  Buck passed away October 31 at Erlanger Health System in Chattanooga.  A native of Franklin County, Buck was a 1956 graduate of Franklin County High School.  He was a long-time and loyal member of Oaklawn Baptist Church. He served in the U. S. Army 1962-1964.  Following his military service he worked as a supervisor at Wilton Industries and Wagner.  He was the co-founder of UFP Manufacturing in Winchester which manufactured ball bearings and axles.  For a number of years, Buck worked at Southern Tennessee Medical Center as the Director of Environmental Services.  He is best known for his many years as an EMT for Rural Metro Ambulance Service where he worked until his retirement in 2017.  To say the least, Buck was an avid Alabama fan and his checkered top-hat was always on his head.  For several years, Buck served grieving families at Watson-North Funeral Home, greeting visitors and welcoming everyone with his warm smile, a handshake and a hug.  Buck will be remembered for many things and he will be remembered in many ways, but foremost he will be remembered for his ever-present smile, his genuine caring and giving nature and his deep empathy and compassion for others.  When he wasn’t working as an EMT, Buck could be found tending to the needs of friends and neighbors whether it be running errands, delivering groceries or mowing a yard.  In every facet of his life, Buck lived his life demonstrating the true love that Christ has for each of us.  For more than 30 years, Buck and his dear friend and pastor, Bro. Ray Gardner, met every Saturday morning at Krystal for breakfast and fellowship. Buck attended every Gospel music concert he knew about and was whistling his favorite Gospel tunes long after the concert was over.  Buck is preceded in death by his mother, Beulah Cornelius Tucker and his father, Lon A. Tucker.  Also preceding him in death is a brother, Lloyd Tucker, half-sister, Betty Jo Tucker and half-brother, Ronnie Tucker. He leaves to mourn his passing and cherish his memory, his wife of 57 years, Pat Cronan Tucker; daughter, Sherri Tucker of Lynchburg; son Barry Tucker of Murfreesboro.  He also leaves two grandchildren, Katherine Tucker and Joseph Tucker, both of Murfreesboro; half-sister, Judy Tucker and a half-brother, Johnny Tucker, both of Chattanooga.  His “furbaby”, Prissy was his pride and joy and never left his side when he was at home.  The family will receive friends at Watson-North Funeral Home Tuesday November 2, 2021 between the hours of 5 and 8 p.m.  The funeral service will be conducted from the Roy B. Watson Chapel of Watson-North Funeral Home Wednesday November 3, 2021 at 2:00 p.m., with Rev. Ray Gardner officiating.  Interment will follow at Franklin Memorial Gardens.  Serving as pallbearers will be Paul Sanson, Danny Edwards, Daryl Cronan, Berry Buchanan, Jimmy D. Miller and Steve Rampy. Honorary pallbearers will be Ronald Judge and the EMT staff of the ambulance service where he dedicated so many years of his life.